Has anyone seen spirits through their third eye? like if you have any stories of people you have seen please feel free to share with us.

I had an interesting insight when I stayed at the Scarborough hotel and we were doing a walk around on the basement floor. minus 3 level.

I saw a colonian man who had the white hair and locks on head.. walking around the corridor past the lifts and through the fire escape door. This then made us get orbs on the camera around the same area and then we heard a click as though he had opened the other inner door.

I see spirits try to visit me all the time in my inner eyes.. please share more experiences.

I thought I posted on this already! :/ I see images usually after meditation, sometimes when I least expect it. Usually just before I wake up. It's usually a montage of pictures, or sometimes like in old fashioned movies. I don't know what they mean, sometimes they are of people, sometimes places. I have had a message for my birthday. It appeared very shaky on a blackboard......"Happy Birthday" and then fireworks. This year I received the same message, but 3 weeks before my birthday and I said nooooooo it's too early and the message faded. I asked a medium about the shaky messages as they come too fast and I am not able to read them. She gave me advise. 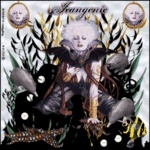 Not sure what it meant

Interestingly I came to this website. I have often had the ability to see things in my dreams. When I was a child I was afraid to go to sleep because I didn't want yet another strange or scary dream. Lately I have been hearing my name called and responding only to find out no one is there. It ususally sounds like my daughter. I hae even seen images of things and acutally went to look only to recognize nothing is there. This was by far the strangest thing that has happen to me. My daughter and I was on our way home from South Carolina after my son's wedding. The traffic had come to a complete stop, and after a while I felt this nervousness in my stomach, which is something I have often felt when something isn't right. Anyway I asked God what was going on, at first I was afraid that my husband was in an accident, because he had left earlier than we did on his motorcycle. I prayed and asked God if it was my husband and if it was to prepare me, and not to let me daughter see him if he was dead. Anyway when the traffic begin to move slowly, it came over me that someone was dead. So I asked in prayer that God did not allow my daughter to see the body because I knew that it was going to be on her side. Eventually an abulance drove down the side of the road, without a siren, I told my daughter that someone was dead up a head. When we finally got close enough to see what had happen, there was a body on the gerney, covered in a white sheet, wear the face was or head the sheet was red with blood. I saw it and prayed for the deceased and his family. Interestingly my daughter didn't see the body, and it was in clear view on the passenger side wear she sat. As we drove I couldn't shake how sad must have been to start out only to end up dead. Now the interesting thing was this. In my window on the drivers side, I first notice what looked like a hand print. It made know since how it got their no one touch that side of the window and it was not their prior. So that I didn't feel as if I was losing it completely I asked my daughter to tell me if she saw something in the window, she said it looked like a hand or feet. Okay if that wasn't strange the hand print dissappeared and there was these lips they where not the size of a child or woman they were big and slanted as if someone kissed the window leaning from the side, and then letters appeared above the lips they where backwards RBAE and something else that wasn't clear, then the was and upside down question mark in between the words and the lips. When nighttime came there was nothing in the window but when lights shined on the window the writing and lips along with that unside question mark remained. My daughter saw this as well and she thought that perhaps it was the person who died communicating by sending a kiss thanking me for praying for their soul and family. What do you think?

Thanks to both of you for sharing some really insightful information.

I feel that for pinky you got some premonition skills going on. It's hard sometimes to sit and see something happen that is so horrific and terrifying. I feel that you could perhaps start writing down any sequences that allow you to gain a better insight into knowing what has been happening as a premoniton and what actually came through from this.

I find it quite useful to chat too Casey too, she has a lot of skills in premontitons and has many her self. You also try in the psychic communications forum. Alot of information has yet to be added.

not so nice to see a dead person, esp when youngsters are about.. that's sad news. I totally believe everything you have shared, and I am really happy that you have joined and opened up to us. It sometimes can be hard to share something, when you are not so sure what type of reaction you are going to get.

Has anything happened since?
matt

You definately sound like you have the gift of prophecy Lpinky that is similair to what I have experienced.

Mine started out with little things first like a conversation and now unfortunately for some reason I have dreams about natural disasters and war type things before they happen. I dream of the earthquake in Haiti and some of the others we have had recently before they happened and this really scared me (you can ask Matt how upset I was) I often wonder if this is why I have trouble sleeping now because I fear that I will dream something bad. I also dreamt about the attack on 9/11 a few months before it happened.

Your experience with the dead body must have been so spooky, it is hard to shake things off when they happen like this.

I often see, feel, sense things around me and it seems to be getting more intense and more 'real' each day that passes by to the point that I am always feeling it now.

Last night I saw a man in my room and then my lamp came on in the night. 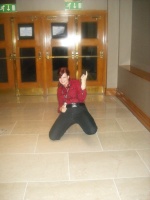 I saw a gigantic wave on a beach 1 week before the second tsunami, disasters, beheadings, and last night a strange man like a chef steven segal type, scary, no messing type, buttercups, roses, a girl in the grass. all kinds actually some are disturbing but I don't guilt any more.